Resources Blog Why the Remote Working Revolution is Gaining Momentum

Why the Remote Working Revolution is Gaining Momentum

As we start the new year, it is a time when new budgets and goals are put in place. Now comes the challenge of how to actually achieve expectations of 5-10 percent performance improvement. As the remote working revolution gains steam, this might be a good time to consider your remote working policy or replace office workers with remote ones. New data increasingly confirms that remote workers are more productive than their office-based counterparts.

Of course, it shouldn’t matter where an office worker sits – as long as their work gets done. Those working at large, multi-national organizations are well aware of the virtual nature of today’s global business world. Business is done 24/7, so inevitably, this involves getting on an early morning or late-night call, to collaborate and complete one’s job duties.

While it is quite common for larger organizations to operate globally, smaller and mid-sized companies are increasingly going global as well. According to a survey by American Express, as high as 80% of those that sell globally say their revenues grew last year, compared to one year ago.

Of those companies that were surveyed, international trade accounts for about 25% of sales, representing a significant opportunity for growth in the next five years, by an average of about 30 percent. And nearly 40 percent plan to increase their international sales efforts in the next six months.

As international trade continues to become an increasing factor driving growth, remote working becomes an increasingly necessary requirement to get the work done. Those who are traveling or meeting with international clients must accommodate various time zones and travel schedules.

This is hardly revealing to those of us that spend a bit of time in airports. Device charging stations are now everywhere, as are workspace areas for those to catch up on emails or put the final touches on a presentation while on layover between flights. This change reflects a cultural shift where the new norm is that airports are now extensions of the office, at least when in transit during non-holiday times.

Working remotely is just a routine that is now part of the traveler mind set. So too can this mentality shift occur for those whose travel is limited to a commute from their home to the office.

But where are workers most productive?

This is a harder question to answer than it might appear. And, if one approach is indeed better (remote vs. office working), will it continue to be the case over an extended period of time?

What is at Stake? The Cost of Lost Productivity in the Workforce. 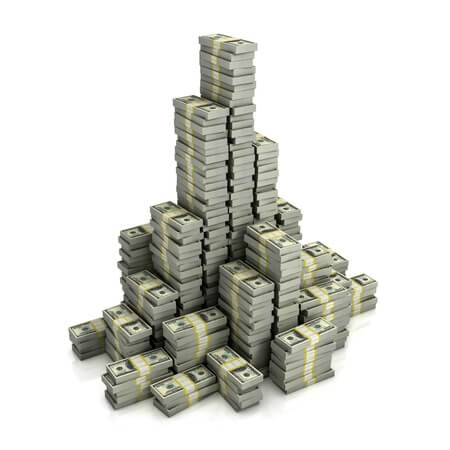 As part of this review on where workers are most productive, I thought it might make sense to place a measurement gauge on what is really at stake with regards to worker productivity. Is it worth the effort to better understand the remote working revolution? Are the figures significant with regards to lost or gained productivity?

It turns out they are.

According to an article published by SurePayroll, employers lose an estimated $1.8 trillion in lost productivity each year because of lack of engagement with the job, parents stressed over the cost of child care, hangovers, chronic health problems and more.

SurePayroll created an infographic that illustrates several of the other productivity “drags” impacting worker performance:

According to the State of Workplace Productivity Report, which surveyed 2,009 full time employees 18 years and older, a significant gap still exists between those wanting to work remotely, and those employers agreeing to do so; based on the survey, 65% think a flexible and remote work schedule  would increase their productivity, but only 19% can actually do so (source).

Would you be willing to wear a wearable tech product to let your employer track your job performance? It turns out that 76% of those surveyed said “yes,” and that they would be willing to share that data provided some sort of remuneration was provided; examples included an extra vacation day per month (54%), the ability to work remotely with a more flexible schedule (46%) or to have a 5% reduction in their work week (source).

Brian de Haaff is co-founder and CEO of Aha!, a product roadmap software company, believes remote workers outperform office workers based on three criteria, as explained in his blog post. Here are his three reasons:

Simply stated, when you are out of the office, there are less distractions and you have greater autonomy.

In other words, a remote worker has much more freedom to plan their day, including how best to achieve their work and person needs, such that in the end more gets done. This is something most people crave. According to a survey he referenced, 65 percent of workers said that remote work would give their productivity a boost. Another 86 percent said that working alone allows them to hit maximum productivity.

This was a perspective that surprised me. One would think that proximity would be one of the best determinants for building a stronger team. Yet, despite the distance, he feels that remote workers make better teammates.

In an interesting kind of way, his rationale is that because you are working at a greater distance, you must communicate more, and, must take greater care when doing so realizing you need great relations to “watch each other’s back.” Without having physical proximity, remote workers must reach out to one another frequently and with purpose. This leads to stronger collaboration and camaraderie. And all those long-distance video chats? Do it! An astounding 92 percent of workers say the video collaboration actually improves their teamwork.

Honestly speaking, life in the office is not all productivity and working. There are many hallway chats, long lunches, potluck deserts, birthday celebrations, and the list goes on and on. There is definitely a social part of office life. And, let’s not forget about all the workers who call in sick or sneak out early to run an errand or get to an event on time.

Remote workers, on the other hand, don’t need to make up any excuses. As a master of their own domain, a remote worker plans their workday to meet the demands of their lives. If they have a cold, they can work from home without spreading the germs to others. And if they need to run an errand, they can handle it quickly without losing a workday. This ultimately makes remote workers more present for their work and team.

Two megatrends are now impacting how our society treats remote working. To start, our world has become increasingly global or “flat,” such that co-workers, business partners or customers are increasingly located in another city, time zone or country. Remote working is a natural outcome, providing a seamless option to collaborate and engage with those necessary to get the job done, having only a positive impact on productivity. It doesn’t matter where you are sitting when on a phone call.

Secondly, with increasing demand to achieve better work / life balance, the remote working revolution is accommodating that need, and doing so in such a way that productivity is increasing as a result.

And that is truly a win-win situation.